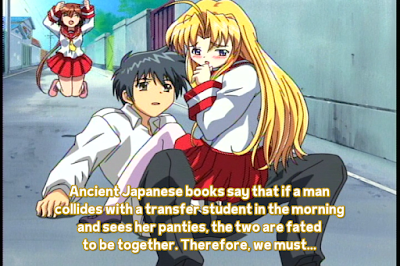 And here we are after nearly a year with the first two episodes of the 2003 Guardian Hearts OVA. One night, ordinary high school student Kazuya encounters a mysterious girl from another world, and -- wait, does the plot even matter??? I think the line on the above screenshot (extended here for demonstration purposes) tells you all you need to know. When I originally watched this back in '07, it felt so by-the-numbers predictable that I felt I'd seen it before. But I'd only seen its tropes and elements in numerous ecchi/harem series already. But who knows, maybe it's got a certain retro charm to it now? Also, enjoy Rie Kugimiya in an early-career quasi-loli non-tsundere role.

Subtitles were of course from the only complete fansubbed version, by Miyuki-Fansubs. For most of their projects, M-F's subs tried to be as literal as possible (including unnecessary TL notes), but also tended to be completely wrong, at times having the exact opposite meaning as intended. So they have been extensively edited, but as usual, you still get honorifics and Eastern name order. I also preserved the character-based color-coding M-F used, although you can switch to the "plain" track if you want to change only two styles instead of 10+. Name spellings and terms were taken from the TokyoPop manga translations, where available. The raws I found for this were from Kamigami, whose encodes seem to be hit or miss. The video here is better than M-F, albeit maybe not by as much as you'd hope, given the specs. Watching with software deinterlacing active on VLC may help. Poor source, perhaps? While we like to think of Japanese discs as having great quality, even they were still figuring things out in the early 2000s.

Wind Christmas Special - The Cake is a Lie 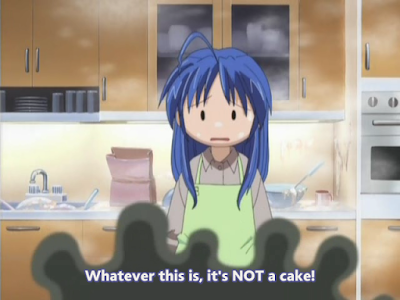 Here we are at last with the Christmas special/omake for Wind ~ A Breath of Heart. This does appear to work as a sequel to either the TV series or the OVA. Enjoy opening visuals from then-up-and-coming artist Makoto Shinkai, as well.

Torrent
Posted by Zalis at 6:01 PM No comments: 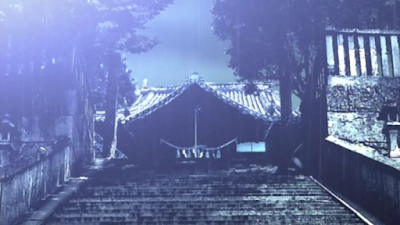 With this, we've reached the end of the Wind ~ A Breath of Heart OVA series. All said and done, it reaches a fairly similar conclusion to the TV series, just with fewer side stories and a lot less emphasis on the abilities employed by the residents of Kazune City. Just remember, that "Location Where Everyone Has Powers" anime genre isn't quite so recent.

I'll also be putting out the Wind Christmas special/omake, and maybe some of the other extras that're sitting around in the raw collection I obtained. 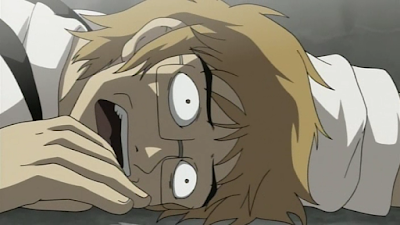 This episode of the Wind OVA features more exploration into the past, not only of Makoto and Minamo, but also of their parents, both living and not. We also get girls frolicking on the beach in swimsuits later on, but while tragedy from beneath the waves is averted, the real disaster is waiting on land.

Torrent
Posted by Zalis at 4:19 AM No comments: 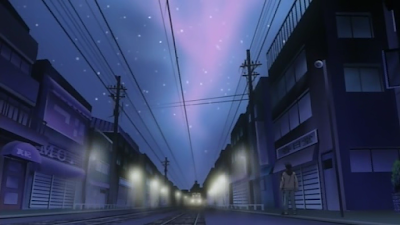 Well, we must all soldier on despite the loss of everyone's favorite feline torrent site, but I choose to do so by kicking off the Wind ~ A Breath of Heart OVA. This is basically an alternate adaptation of the game, and does not precede or follow the events of the TV series. Some things are similar, like Makoto and Hinata moving to Kazune City, their meeting the rest of the group, and Makoto and Minamo reuniting. But their mother, Yuuka Okano, is merely missing, rather than deceased, and in addition to the airship, there's also a phantom train carrying a mysterious girl. (Should've used a Phoenix Down, Makoto!) This release uses some old wmv3 DVD raws, which were the only raw source I could find, and translations by Static-Subs, AKA the only group to completely translate the OVA back in 2004.

For older torrent links on this blog, replacing nyaa.se with nyaarchive.moe should work, so please bear with me as I go back and edit them over time.
Posted by Zalis at 11:58 PM No comments:

For those wondering about the translation progress on the second Mokke special for Jumonji-Giri:

It's roughly 96% done, with 258/269 lines translated and approximately making sense, I think. The 11 outstanding lines are from Mizuki's grandfather at 9:15 and 18:30, mostly stuff about kanji wordplay, ancient legends, and spirit/deity matters. But I'll keep at it, and I should be able to piece something reasonable together. 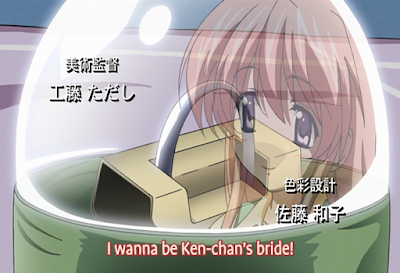 And now, as a special Valentine's Day present to all you other potentially-romance-deprived viewers out there, I give you the exciting conclusion of the Mizuiro OVA. Minds are made up to confront present feelings and past mistakes, with Hiyori's tenuous existence possibly fading fast. Overall, it's a short, sweet, and touching little series that I had no problem going back to for a third time.